Help for the Menopause – Soya is it Good or Bad? In Japan, menopausal hot flushes are so rare that there is no traditional word in the Japanese language to… Read more » 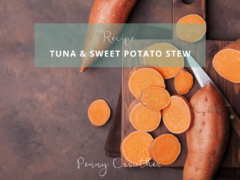 As a comfort food, what could be better than chocolate? It’s one of the nation’s favourite foods and recently we’ve been told it’s good for us. Dark chocolate in particular… Read more »

SOUR FACTS ABOUT SUGAR! “Pure, white and deadly” is the title of a 1970s’s book, not much noticed at the time, about the negative effects of sugar on our… Read more »

According to the World Health Organisation, 350 million people suffer from depression and it is the leading cause of disability worldwide. Being depressed in addition to having a physical illness… Read more »

Wheat – stuff of life or pain in the gut? If you are a typical shopper, your weekly supermarket trolley is likely to be packed with foods made from wheat… Read more »

It is now well accepted that nitrites found in processed meats such as sausages, bacon, ham, smoked meats, salami, prosciutto etc., have carcinogenic effects on the body. Sodium nitrate is… Read more »