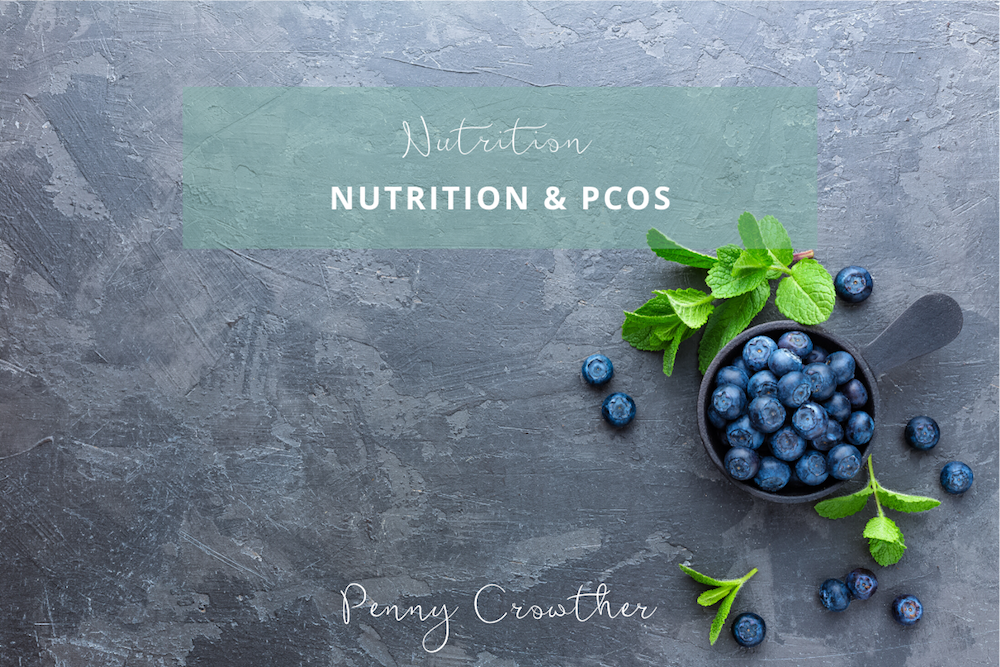 I frequently see women with Polycystic Ovary Syndrome (PCOS) a condition which is caused by a hormonal imbalance. It is characterized by a cluster of cysts on the ovaries. These cysts are thought to be partially developed follicles which fail to mature enough to produce an egg. Women are often told that their fertility may be affected which causes anxiety. The link between nutrition and PCOS is often ignored.

To be diagnosed with polcystic ovary syndrome, your hormone test results need to meet certain criteria. The more pronounced the hormone imbalances, the more likely you are to be told you have the syndrome. Many women have imbalances that are very mild or do not show up in the test, in which case a diagnosis of “polycystic ovaries” is given.

Whether you have full blown polycystic ovary syndrome or polycystic ovaries, there is a lot that can be done nutrition wise to support you. And no reason why you shouldn’t have a successful pregnancy.

Take my client Maureen for example. She had been diagnosed with PCOS at age 32, after not having a period for eight months. When she came to see me, progesterone from her GP had kick-started her cycle again but it was irregular and she was suffering from painful periods. She also had other typical symptoms associated with PCOS such as abdominal bloating, cravings for sweet foods, skin problems and frequent mood swings.

Since Maureen had a history of severe constipation, my first priority was to improve her bowel function because the accumulation of waste products in a sluggish bowel can affect the reproductive area. We also worked on hormone balance with a blend of herbs including agnus castus. This herb helps to balance the second half of the female cycle.

When Maureen came to see me a few weeks later, she reported increased frequency of bowel function and a corresponding improvement in the texture and appearance of her skin. According to naturopathic medicine, the two are often connected. The bloating was much better too and her sugar cravings were under control.

Six weeks later Maureen informed me that she and her partner had been to the fertility clinic and had been told that their chances of a natural conception were less than 10 percent.

Maureen decided to continue with the diet as she had got used to it by now but decided that she would also look into assisted fertility treatment. In fact she never needed it as, two months later she called me, delighted to report that she had conceived naturally. The story doesn’t end there either! After giving birth to healthy twins, she fell pregnant again very soon afterwards and had another healthy baby.

In this particular case, the priority was improving intestinal health. Because nutritional therapy is person focussed rather than disease focussed, protocols are different depending on the individual.