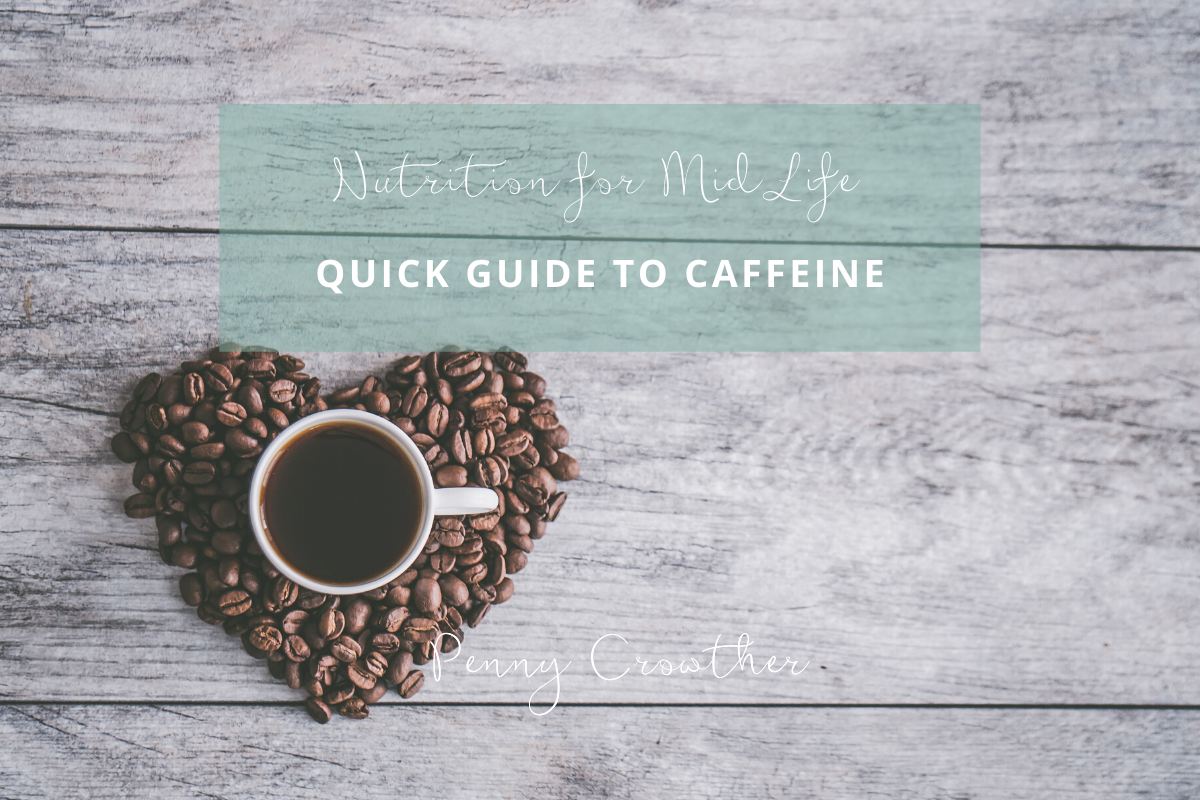 Caffeine and in particular, coffee, is a topic that a lot of my nutrition clients ask me about. If you struggle to do without your daily fix of tea or coffee, it’s worth remembering that caffeine is a psychoactive drug. In other words it belongs to the same class of drugs as LSD. So it’s not really surprising that it’s addictive!

Caffeine is a naturally occurring chemical found in plants. As well as coffee, it’s found in cocoa beans and tea leaves. It is also extracted and added to food, drink and some medicines. Caffeine is a central nervous system stimulator. It causes an increase in certain brain chemicals that can change your mood and behaviour. It’s no wonder that so many people are hooked on it. It’s not all bad though!

Can caffeine be good for you?

First let’s start with the benefits.

And the not so good…

How much is okay?

How much is good for you very much depends on your individual caffeine tolerance.

UK guidelines for caffeine consumption are 400mg maximum daily and no more than 200mg in pregnancy. 400mg is about 4 medium to large cups of coffee.

However, these are very general guidelines and it very much depends on individual caffeine and the type of health issues you have.

For a start, your body weight is a big factor. If you weigh 8 stone you will tolerate about 200mg less caffeine daily  than someone weighing around 16 stone.

If you suffer from anxiety, panic attacks or nervous problems, you’ll be much more sensitive to caffeine’s effects.

As caffeine depletes B complex and other nutrients, if your levels of these nutrients are not optimal in the first place, you could experience symptoms relating to deficiency. For example, lack of B vitamins contributes to tiredness and mental health problems.

How efficient your liver is at metabolising caffeine is another important consideration.  Just as some people have a higher alcohol tolerance, the amount of caffeine we can manage without ill effects varies.

So if you are feeling very tired, wired, anxious or depressed, keeping your caffeine intake much lower than 400mg daily,  will likely be of benefit.

How long does it take to get caffeine out of your body?

Caffeine is thought to have a half-life of about 6 hours.  A Half life is how long it takes for half of the drug to be metabolised.  So if you consumed 150mg caffeine at 11am you would still have 75mg left in your body at 5pm. But this does vary from one individual to another.

WANT TO KNOW HOW MUCH CAFFEINE IS IN YOUR TEA, COFFEE & CHOCOLATE?

Well done on finding time to read to the end! I hope you found it informative.

This website uses cookies to improve your experience while you navigate through the website. Out of these, the cookies that are categorized as necessary are stored on your browser as they are essential for the working of basic functionalities of the website. We also use third-party cookies that help us analyze and understand how you use this website. These cookies will be stored in your browser only with your consent. You also have the option to opt-out of these cookies. But opting out of some of these cookies may affect your browsing experience.
Necessary Always Enabled
Necessary cookies are absolutely essential for the website to function properly. This category only includes cookies that ensures basic functionalities and security features of the website. These cookies do not store any personal information.
Non-necessary
Any cookies that may not be particularly necessary for the website to function and is used specifically to collect user personal data via analytics, ads, other embedded contents are termed as non-necessary cookies. It is mandatory to procure user consent prior to running these cookies on your website.
SAVE & ACCEPT